Lyttelton Port Company Chief Executive Peter Davie has today announced he will be retiring at the end of 2019.

Lyttelton Port Company Chief Executive Peter Davie has today announced he will be retiring at the end of 2019.

“After 16 years as Chief Executive at LPC, it’s time for me to move on to new endeavours,” said Mr Davie.

Peter joined Lyttelton Port Company as CE in 2003, and was initially involved in re-establishing relationships with staff and customers, as well as expanding the business.  This is included the acquistion of the Port’s first inland terminal, CityDepot.

During Peter’s time as CE, container volumes through Lyttelton Port have tripled to be over 50 per cent of the South Island’s container movements.  However, the biggest challenge was the series of earthquakes that struck Canterbury in 2010 and 2011.

“We had to keep the Port operating while emergency repairs were carried out.  I’m proud of the fact that we were closed for no more than three days, meaning that the vital connection of the Port kept trading despite the February quake being centred virtually under Lyttelton.”

Following the earthquakes, and insurance settlements, the Port then enaged and consulted on their redevelopment plan.  As a result of that process, Peter has overseen the largest series of developments in the Port’s history.

“Lyttelton Port is now incredibly well-positioned for the future.  We have new berths, an expanded container terminal thanks to the reclamation programme, and a successful Inland Port at Rolleston,” said Peter. “We also have consents in place to reclaim more land, and to further deepen the channel, ensuring that the Port is set up to support exporters and importers in the long-term.”

“We’ve also opened up the inner harbour for the Community, with the completion last year of Canterbury’s only walk-on floating marina at Te Ana.

Peter also acknowledged the team at LPC who have kept the Port humming and made sure that the Port came out of the earthquakes stronger.

“LPC people are tough, resilient and dedicated.  The people of the South Island should be rightly proud of the work they do to make sure our businesses are connected to the world.”

With the Port’s future well-positioned, Peter has decided it is time for someone new to carry on the hard work.  Next year, he and his wife Wendy intend to sail the South Pacific and take a well-earned break.

Lyttelton Port Company Board Chair Margaret Devlin thanked Peter for his extensive contribution to the Port.

“Peter’s leadership during the earthquakes and the rebuild of the Port are particularly appreciated.  The Board wishes Peter well for his future endeavours.”

“The Board have appointed Kerridge and Partners to work with the Company on the CE search.  We will provide further updates as the process progresses,” said Margaret Devlin. 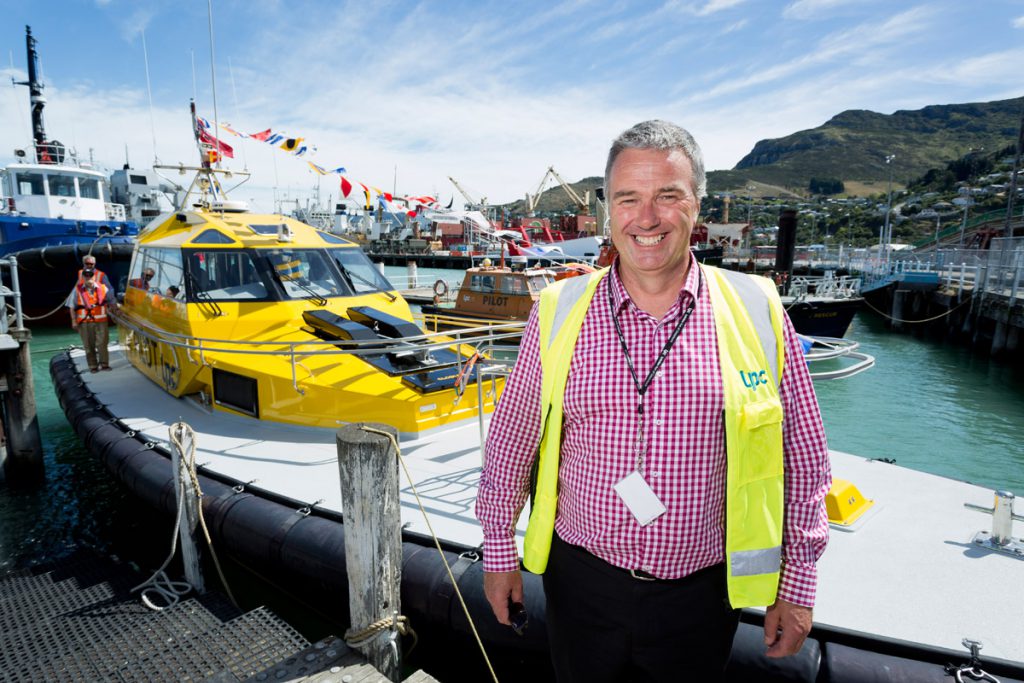