With the 2011 earthquake rebuild behind it, Lyttelton Port Company (LPC) is now focused on enhancing its infrastructure to efficiently manage Canterbury freight volumes, forecast to more than double in the coming three decades.

LPC Chief Executive, Peter Davie says, “We have recently been granted resource consent to dredge the harbour shipping channel to increase our draught. This will enable larger ships to call at Lyttelton Port providing Canterbury’s importers and exporters the best possible and most cost effective international shipping solutions.

“We have also been granted resource consent to expand our land area to cater for growing Canterbury imports and exports,” says Mr Davie.

“What’s critical for us is that these two developments allow us to grow Canterbury’s trade.  It is really important that we have the facilities to enable larger ships to move cargo as we continue to grow.  Since the earthquakes we have doubled our container volumes and we expect that to continue.

“The dredging programme means larger container ships, which have virtually doubled in size during the last 10 years, will be able to call at Lyttelton. It is estimated this will decrease freight costs for Lyttelton customers by more than 10 per cent.

“The channel deepening lengthens the navigation channel by approximately 6.5km and widens it by 20 metres. The work will occur in two stages. Stage one will allow vessels with a 13.3 metre draught to call at Lyttelton. Completion of stage two will allow unrestricted sailing for 14.5 metre draught vessels across all tides,” says Peter Davie.

Chairman of the International Container Lines Committee (ICLC), which represents most major container carriers calling at New Zealand, Mark Scott welcomes the news that LPC is about to embark on its channel deepening, and undertake further reclamation.

Mark Scott says, “It is vital that Lyttelton positions itself well and has the capacity for larger ships to call at the Port.  Shipping companies are making decisions now on where these large ships will call in New Zealand and the dredging programme gives them assurance that Lyttelton Port is a major player.

“Currently container vessels visiting Lyttelton commonly carry  4,500- to 5,000 Twenty foot equivalent units (TEUs), that will increase to 5,500 -6,500 TEUs with larger vessels. However it is quite conceivable that with the dredging of the channel vessels carrying 8,000-9,000 TEU will be able to call at Lyttelton.”

Mike Knowles, Chair of the New Zealand Shippers Council says it is really encouraging from a shipper’s point of view that the Port Company is able to proceed with the dredging and expansion programmes.

“Bigger ships will continue for the foreseeable future and as Lyttelton is the major port in the South Island it is essential that it gears up to accommodate them.

LPC was granted its channel deepening consent in March 2018, with Environment Canterbury satisfied that LPC’s plans balanced what is best for the environment, the community and Canterbury’s growing regional economy.

Peter Davie said the overall dredging programme would be the country’s biggest, and that LPC had already implemented the largest environmental monitoring programme ever undertaken for a New Zealand dredging project.

“We have awarded the initial stage of the channel deepening programme work to Netherlands-based contractor Royal Boskalis Westminster N.V. – a leading global operator with more than 100 years’ experience.  Their dredge will start operating in late July/early August and the dredging programme will last around 11 weeks.

“This expansion is critical to enable the Port, as the South Island’s trade gateway, to meet the needs of the forecast growth in the container and general cargo trades.

“A key focus of our long term plans is to move our operations to the east, away from the local community. The additional reclamation will facilitate this shift.

“We are committed to future proofing our operations by making certain that we have a facility that meets customer needs for the future and supports the lifestyle of all people living in Christchurch, Canterbury and the wider South Island.

“We are delighted to achieve these resource consents. We acknowledge the constructive working relationship we have with the many groups that make up our community, particularly iwi, as we carefully carried out our assessment of environmental effects prior to lodging our resource consents,” Mr Davie said.

Please view this short video, and see the graphics at the end of this media release, of the future development of the shipping channel and the reclamation.

Mark Scott – is currently General Manager of COSCO Shipping Lines New Zealand, which is part of the China COSCO Shipping Group.  COSCO has been operating regular Shipping services into New Zealand for more than 30 years. Mark has been in his current role for more than 10 years and prior to that was National Operations Manager for the company.  Currently Mark is also Chairman of the International Container Lines Committee (ICLC) which represents most Major Container carriers calling at New Zealand.

Mike Knowles –is the current Chair of the New Zealand Shippers Council the industry body which represents New Zealand’s major shippers in all maritime and supply chain issues. Mike is an experienced shipping executive, serving as shipping manager for New Zealand’s largest horticultural exporter Zespri International for the past 15 years. Zespri exported over $2 billion of premium Zespri Kiwifruit to 60 plus countries around the world in 2017/18. 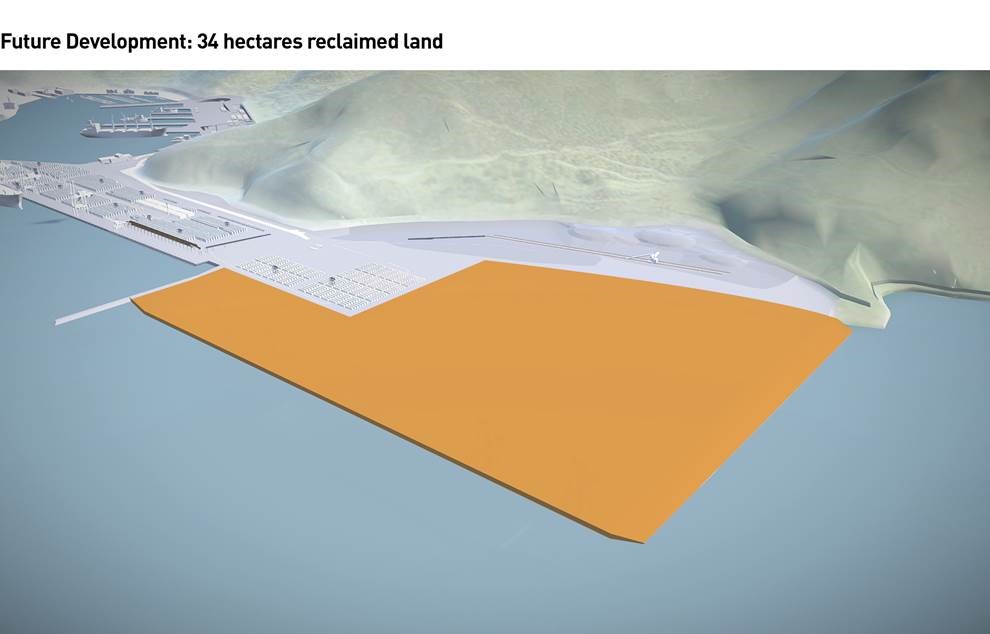 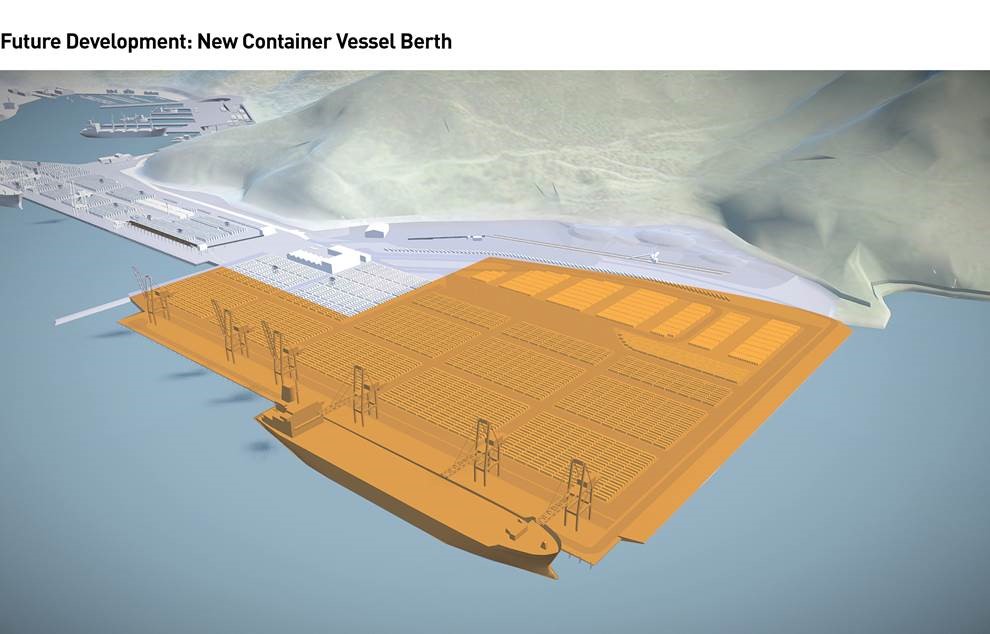 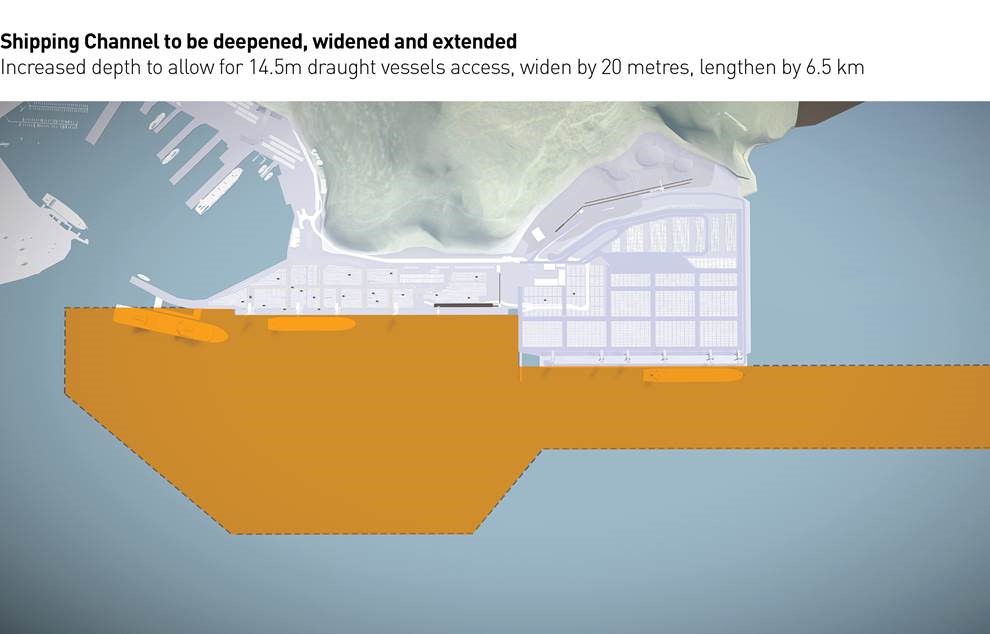