Over 100 years ago on the rugged terrain of Banks Peninsula, William Bray and Alfred Barret set up beehives, bringing Airborne Honey to life. 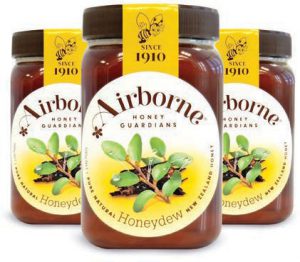 Fast-forward to 2019, and Bray’s great-grandson Peter and his team are taking Airborne Honey to over 20 countries across the world, transported through Lyttelton  Port.

“They lived off the land,” recalls Airborne Honey Managing Director Peter Bray of his great-grandfather and business partner Alfred Barret. “This was before the days of laboratories, cars and modern-day engineering – it was incredibly laborious work.”

The pair’s hard work and entrepreneurial nature paid off. The Airborne Honey brand is now the oldest surviving brand of honey in New Zealand and a business with its focus firmly on the future.

In the late 1920s, it was decided to move the operation from Banks Peninsula inland to Leeston, where a processing and packing plant was built.

Nowadays,  Airborne Honey has a distinctly more scientific approach to making this sweet pantry staple, placing it at the leading edge of honey production in New Zealand.

“Our laboratory allows us to analyse the honey throughout the production process, ensuring the quality of each and every batch,” says Peter.

Airborne has a unique labelling system for its jars, which means customers can trace the batch their honey came from and locate every apiary that contributed their honey, as well as every drum of honey from that particular batch.

“We have honey coming in from North Cape to Bluff and with our labelling system, customers can find out exactly where their honey came from.”

Airborne also has a patented process for liquefying the honey, delivering the lowest amount of heat damage of any honey in the New Zealand market.

“This reduces the heating time from three days to 12 hours, which is better for the environment and also better for our honey,” says Peter.

Airborne’s array of monofloral honeys are a premium product due to their distinct taste, fragrance and flavour. From classics like Clover and Manuka, to Rata, Vipers Bugloss, Rewarewa and Thyme, Airborne Honey caters to every honey taste.

“These days, we all want to be chefs in our own kitchen, which is why it is important to have a multitude of flavoured products,” says Peter.

That may be why Airborne has become so popular overseas: Of the honey Airborne produces each year, around 30% is exported offshore.

The majority of Airborne’s exported honey is transported from Leeston to Lyttelton by road, before it is shipped to nations including China, the United Arab Emirates, Singapore, Malaysia, Japan and the United States.

Looking ahead, John says the Airborne Honey team plans to continue making great honey to the highest standard, as well as focusing on sustainability.

“We plan on doing more of the same, but doing it better.” 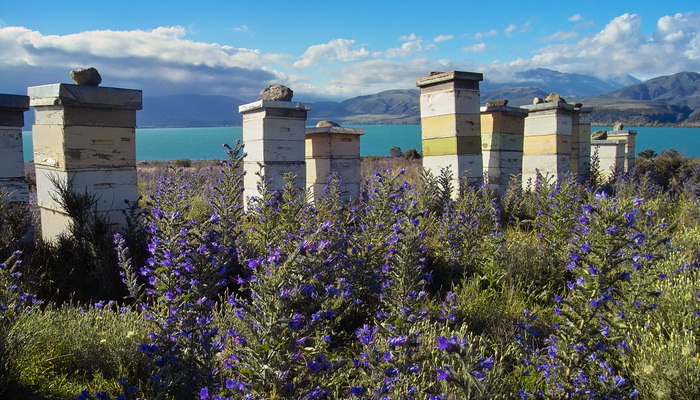