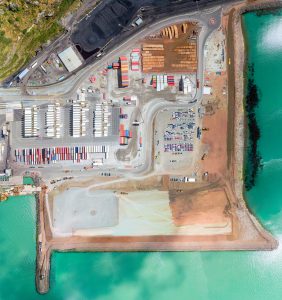 This work follows the initial 10 hectares of land that was built using rubble from the city centre after the earthquakes.

There is now approximately 16 hectares of land reclaimed which is used for container, log and car storage.

GM Infrastructure and Property Mike Simmers says this project is an amazing feat of engineering and it’s been great to watch this project develop.

This stage of reclamation was a joint venture by Heron Construction and C&R Developments, who worked together over the last two and a half years on the project.

The 6 hectares was built with material from LPC’s Gollans Bay Quarry which is only a few kilometers from the site.

The area is now covered in surcharge material, which is used to sink the reclaimed new land below.

This process takes two years once the surcharge is complete, with the first piece of land ready early next year. Currently, the surcharge area is being used for car storage, supporting the South Island’s vehicle market.

“This land will ensure LPC’s ability to facilitate trade for the South Island for many years to come. As the shipping industry grows, it’s important that we grow with it,” says Mike. 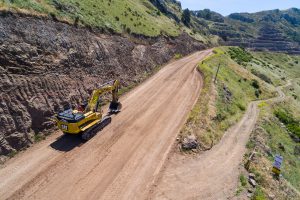