Maryjane Waru stands on a container near the construction of the new cruise ship berth with her trained eyes on the sea.

“You’ve got the sea, you’ve got waves, seaweed, birds and everything else, but then something catches your eye. You think you see a bird but it’s moving too fast,” Maryjane says.

Maryjane is a marine mammal observer with Blue Planet Marine. The sudden movements she is watching for are Hector’s dolphins.

Armed with binoculars, a clinometer and five different smartphone apps, Maryjane quickly calculates the distance of the dolphin to the piling work.

As soon as the animals get within 450 metres - the mitigation zone - she stops the piling operation immediately with two words.

“Shut down,” she calls into the radio strapped to her chest. The piling team reacts immediately and can only resume when Maryjane has seen every last dolphin leave the zone, or after 30 minutes of no sightings.

Maryjane (Ngati Rahiri) says her cultural perspective makes the role a natural one.

“I think the role really suits us. It’s a practical role and we come from a different perspective.

Having observers on-site is part of the requirements built into the project’s Marine Mammal Management Plan, which was developed with input from the Department of Conservation. 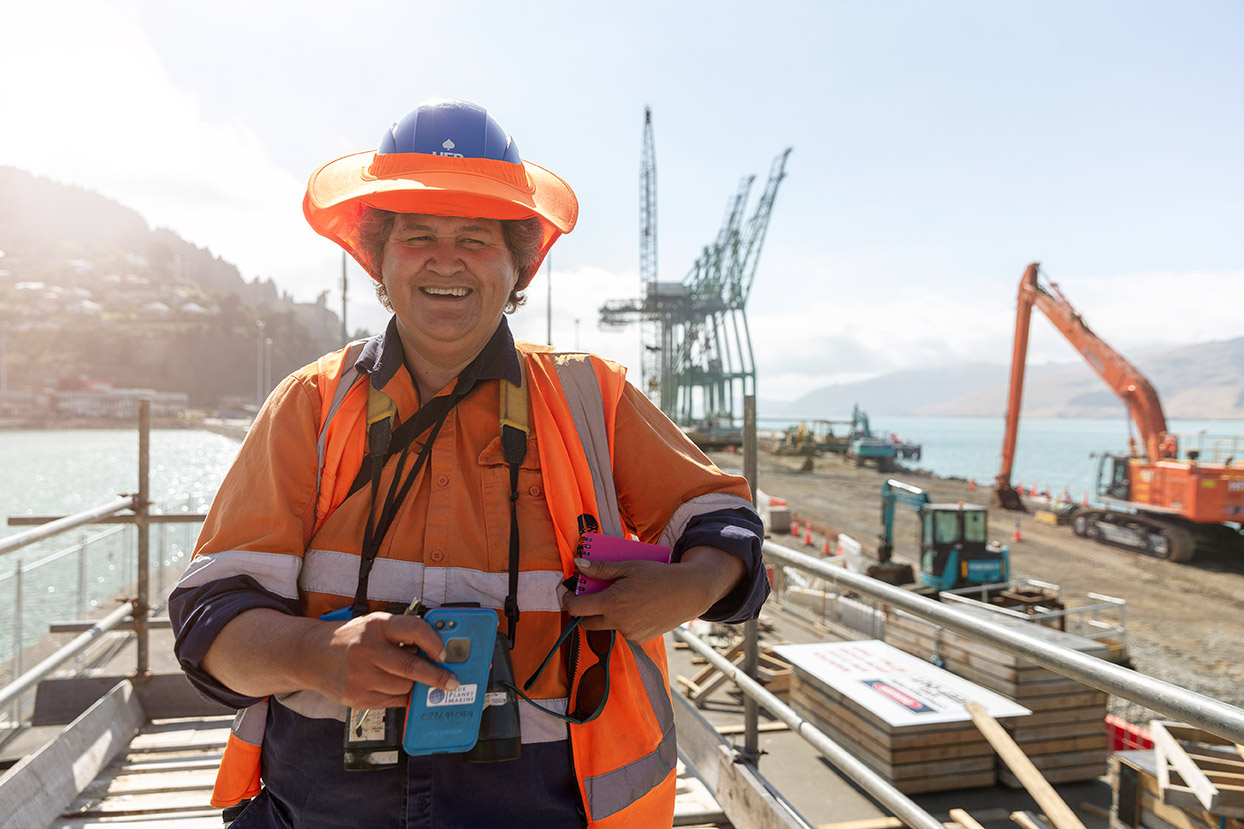 Marine Mammal Observer Maryjane Waru (Ngati Rahiri) became the first Maori observer in 2014. “The advantage that we have is our affinity with Tangaroa and the way we’ve been raised to protect our environment,” she says.